The Regulations themselves purely outline a standard by which all electrical installations, using mains generated electricity, are installed in domestic and commercial environments. The Wiring Regulations are co-published by the IEE and BSI (British Standards Institution) with the IEE taking on the role as the authority on electrical Installation. 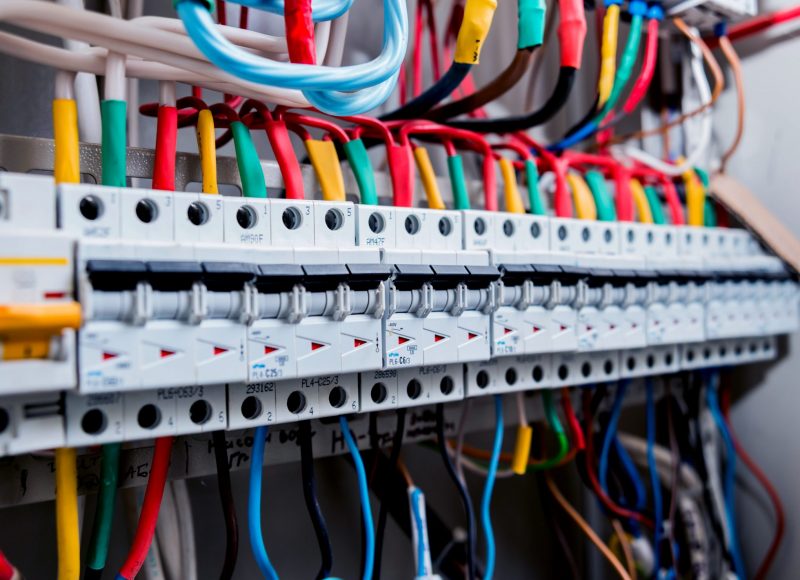 The Wiring Regulations are designed primarily to keep both the public, electricians and building safe from harm of any kind which could be associated with electrical wiring and it’s connection through electrical circuits.

The History of the IEE Wiring Regulations

In 1882, the first edition of the wiring regulations (The Regs) was published as a guidance structure for preventing fires which were caused by electric lighting, a problem which was prolific in the late 1800s as people latched on to this new form of lighting.

The first electric light was actually made by Humphrey Davy in 1800 but the filament burned out very quickly and subsequent inventors and scientists embarked on the search for a filament that would glow without burning.

In 1879 Thomas Edison discovered that passing a current through a carbon filament held in an oxygen free glass bulb, would glow for over 40 hours without burning. He worked on this design for the next few years producing, in 1881, a bulb which would glow bright for over 1500 hours.

Throughout this time however, less robust bulbs and burning filaments were responsible for a great deal of fires as the unattended, burning filaments fell onto flammable items. The Wiring Regulations were born only at that time and they were referred to as rules.

In 1897 the 3rd Edition was published and they were called “General Rules recommended for Wiring the Supply of Electrical Energy”.

Electric cables were now being installed to carry electrical current to all parts of the house. These cables could easily overheat, causing fires, and this added to the problem caused by the low grade lighting filaments.

The Wiring Rules became the Wiring Regulations in 1903 when the IEE (institute of Electrical Engineers) had become recognised as an authority after being founded in 1871 and then changing their name from The Society of Telegraph Engineers and Electricians in 1889. In 1921 the IEE was incorporated by Royal Charter.

History of Editions of Wiring Regulations

BS7671 (The IEE Wiring Regulations) are the national standard to which all domestic and industrial wiring must conform. The 17th edition contains substantial changes to align with European documents.

What is the British Standards Institute

The British Standards Institute (founded 1901 as the Engineering Standards Committee) was set up to provide a standard (an agreed way of doing something). For a full explanation of standards and what they can be defined as can be found here on the BSI website.

When working to British Standards, organisations are expected to use a quality management standard, health and safety standards, security standards, construction and energy standards as well as the standards that apply in their own industry.

British Standards are guidelines only, they are not enforceable by law, however individual organisations can insist that any products or services supplied comply with all recommendations contained in any given British Standard. This is certainly the case with the Electrical Regulations and BS7671.

This site uses Akismet to reduce spam. Learn how your comment data is processed.

We use cookies on our website to give you the most relevant experience by remembering your preferences and repeat visits. By clicking “Accept”, you consent to the use of ALL the cookies.
Cookie settingsACCEPT
Manage consent

This website uses cookies to improve your experience while you navigate through the website. Out of these, the cookies that are categorized as necessary are stored on your browser as they are essential for the working of basic functionalities of the website. We also use third-party cookies that help us analyze and understand how you use this website. These cookies will be stored in your browser only with your consent. You also have the option to opt-out of these cookies. But opting out of some of these cookies may affect your browsing experience.
Necessary Always Enabled
Necessary cookies are absolutely essential for the website to function properly. This category only includes cookies that ensures basic functionalities and security features of the website. These cookies do not store any personal information.
Non-necessary
Any cookies that may not be particularly necessary for the website to function and is used specifically to collect user personal data via analytics, ads, other embedded contents are termed as non-necessary cookies. It is mandatory to procure user consent prior to running these cookies on your website.
SAVE & ACCEPT
Loading Comments...